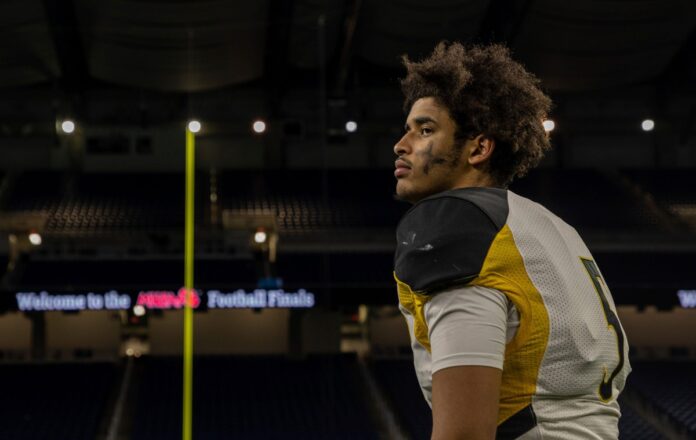 What Is the CFN Fusion Recruiting Grade?

With the launch of College Football Network, our CFN Fusion College Football Recruiting Grade made its first debut, standing side by side with the nation’s top recruits as a better, clearer way to analyze the nation’s best high school football players. Here is a brief explanation of how it came to be and how the numbers are factored.

What Is the CFN Fusion College Football Recruiting Grade?

Like other sites’ composite rankings, the CFN Fusion grade takes into account all possible metrics on a specific player. From their national ranking to their individual position ranking and everything in between, each ranking is applied to an individual player and then ranked against his or her counterparts.

There are differing values then applied to the rankings — national ranking outweighing all others — and prospect grades from those who have been graded by the industry sites are then added.

The numbers are balanced out on a scale of 0-99.9, with 99.9 being the highest number a prospect can reach. The CFN Fusion grade is shown with all of College Football Network’s recruiting content as to depict just where a specific player is ranked across the industry.

Specifically factoring into the CFN Fusion Grade are the following:

And those factors come from four main sources:

There are other sources factored in outside of the major four recruiting services, but since those do not have full databases of seemingly every possible recruit, these factors aren’t in the general formula to prepare the grade. These are used as tiebreaking procedures or multipliers in specific cases.

The differing weights of each factor are pushed into the CFN formula that generates the grade.

That proprietary formula created by CFN is applied to each recruit and is factored into all recruiting content thereafter. Team rankings, prospect rankings, and impact freshman numbers correlate to the CFN Fusion grade.