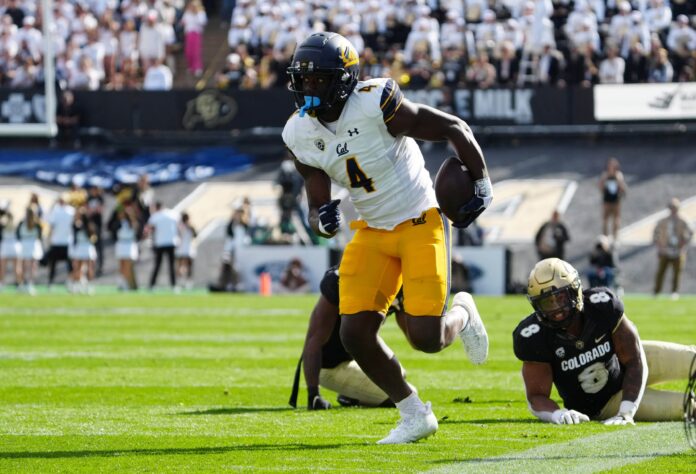 Jermaine Terry II, one of the top tight ends in the college football transfer portal, has found a new home. The former Cal tight end announced that he’s transferring to Oregon State ahead of the 2023 college football season, representing a significant capture for the Beavers.

The Oregon State Beavers continue to be hot in the transfer portal, securing the services of yet another Pac-12 transfer to start 2023. Terry represents the second rival school transfer in as many days, joining former Utah LB Mason Tufaga to commit to the Beavs.

A four-star recruit in the 2021 recruiting class, Terry was a two-way player for Kennedy High School who racked up 107 tackles, 27 tackles for loss, 13.5 sacks, and seven forced fumbles during a two-season stretch between 2018 and 2019. While playing tight end, he secured 19 receptions for 317 yards and five touchdowns.

Considered the top tight end in the nation by ESPN, his recruitment was a significant coup for Cal, fighting off competition from Alabama, Florida, Tennessee, and others in the SEC while pushing away a laundry list of Pac-12 teams. While he established himself as a special teams and scout team standout as a freshman, Terry was an ever-present force in 2022.

With the departure of offensive coordinator Bill Musgrave and uncertainty over his scheme fit with incoming OC Jake Spavital, Terry entered his name into the college football transfer portal early in the new year. He’d held multiple Power Five offers, including Indiana and Syracuse, before committing to Oregon State.

Boxscore scouts might not be immediately excited about what Terry brings to the Oregon State offense. After all, the former Cal tight end hasn’t even racked up double-digit receptions during his two-year stay in Berkeley. Meanwhile, almost half of his collegiate production to date came in the Bears’ defeat to Colorado during the 2022 college football campaign.

However, it doesn’t take long to see what Terry brings to the position for the Beavers when you flip on the tape. The former defensive lineman is a dominant blocker who thrives in driving his man into the dirt. In the limited exposure during his college career, he puts that physicality to good use at the catch point in the passing game while having some deceptive athletic ability for a 6’4″, 255-pound menace.