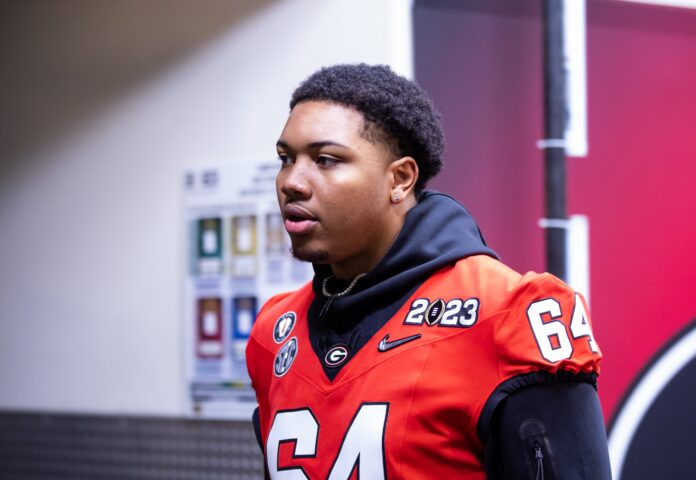 Former Georgia Bulldog and highly-recruited Jacob Hood announced his transfer to Nebraska on social media. What does it mean for the Huskers in 2023?

Hood entered the portal just days after the Bulldogs won the College Football Playoff National Championship, immediately becoming one of the most sought-after players available. A native of Nashville, Tennessee, Hood’s only public visit following his transfer was to Nebraska.

Hood stands at 6’8″ and checks in at nearly 350 pounds. He’s a big man with massive strength. Though he didn’t play for Georgia this year, Hood’s high school tape is indicative of what he can produce on the field on Saturdays for Nebraska.

He stands incredibly tall in pass protection with great movement, both in his extremities and with his head movement. Hood was constantly on the move in the pocket, looking for work and overwhelming much smaller pass rushers.

What stood out about Hood’s high school performances was that he would consistently pave the way for rushing lanes. He’s a massive man at right tackle, but he moved incredibly well to each level.

There were highlights of him blocking multiple players at the same time, as well as plays where he reached the first and second levels on the same play.

Hood possesses great length and has impressive athleticism. His place at Nebraska won’t be officially known until Hood is on campus, but the Cornhuskers could certainly use an upgrade along their offensive line. Teddy Prochazka started the first three games before an injury forced Turner Corcoran from guard to tackle.

Depth was an issue for Nebraska in 2022, but that certainly doesn’t seem to be an issue going into 2023 with Rhule in charge of the roster.